On December 20, 2011, the Office of the Comptroller of the Currency (OCC) updated its announcement regarding correcting foreclosure practices. We have previously issued newsletters here, here, and here on this subject and also related matters regarding foreclosure processing.
Earlier in 2011, on April 13, 2011, the OCC, the Board of Governors of the Federal Reserve System (FRB), and the Office of Thrift Supervision (OTS) announced enforcement actions against 14 large residential mortgage servicers and two third-party vendors for unsafe and unsound practices related to residential mortgage servicing and foreclosure processing. The enforcement actions were based on interagency examinations conducted in the fourth quarter of 2010.
Through those enforcement actions (consent orders), federal regulators required servicers to engage independent firms to conduct a multi-faceted review of foreclosure actions in process in 2009 and 2010.
On January 4, 2012, the OCC announced that it was promoting public service advertisements about the Independent Foreclosure Review.
In this newsletter, we will consider several aspects with respect to implementation of the consent orders.

Independent Foreclosure Review
Under the consent orders, independent consultants are charged with evaluating whether borrowers suffered financial injury through errors, misrepresentations, or other deficiencies in foreclosure practices and determining appropriate remediation for those customers.
Where a borrower suffered financial injury as a result of such practices, the agencies' orders require financial remediation to be provided.
Mailings to Consumers
As part of that program, the 14 mortgage servicers covered by the enforcement actions were required to begin mailings to consumers on November 1, 2011, continuing to December 31, 2011.
The mailings are intended to provide information to potentially eligible borrowers on how to request a review of their case if they believe they suffered financial injury as a result of errors, misrepresentations, or other deficiencies in foreclosure proceedings related to their primary residence between January 1, 2009 and December 31, 2010. The mailings will include a request for review form.
Borrowers may also visit the special Independent Foreclosure Review website for more information about the review and claim process. Telephonic assistance is given at this website.
Deadline for Review Requests
Review requests must be received by April 30, 2012.

Independent Foreclosure Auditor
An independent foreclosure auditor must be a third-party. The independent foreclosure auditor will assess whether any errors, misrepresentations, or other deficiencies resulted in financial injury to borrowers.
Where a borrower suffered financial injury as a result of such practices, the consent orders require remediation to be provided.
During the review, customers may be contacted by mortgage servicers for additional information at the direction of the independent consultant.

Notifying the Public
On January 4, 2012, the OCC announced that it was promoting public service advertisements about the Independent Foreclosure Review.
These are print and radio public service advertisements to increase awareness of the Independent Foreclosure Review.
The public service items include a feature story, and are being distributed to 7,000 small newspapers throughout the country. Two 30-second radio spots are being distributed to 6,500 small radio stations. The material will be distributed in English and Spanish.
The texts of the print and radio advertisements may be found in our Library.
Engagement Letters
The OCC released engagement letters that describe how the independent consultants, retained by the servicers, will conduct their file reviews and claims processes to identify borrowers who suffered financial injury as a result of deficiencies identified in the OCC's consent orders.
Interim Report
In November 2011, the OCC issued a report, entitled "Interim Status Report: Foreclosure-Related Consent Orders," which summarizes progress on activities related to the independent foreclosure review announced on November 1, 2011.
The report also provides an outline of plans to enhance mortgage servicing operations, increase oversight of third-party service providers and activities related to Mortgage Electronic Registration Systems (MERS), improve management information systems, assess and manage risk, and ensure compliance with applicable laws and regulations.
Library 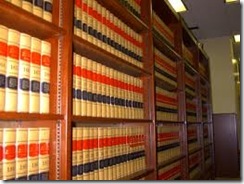